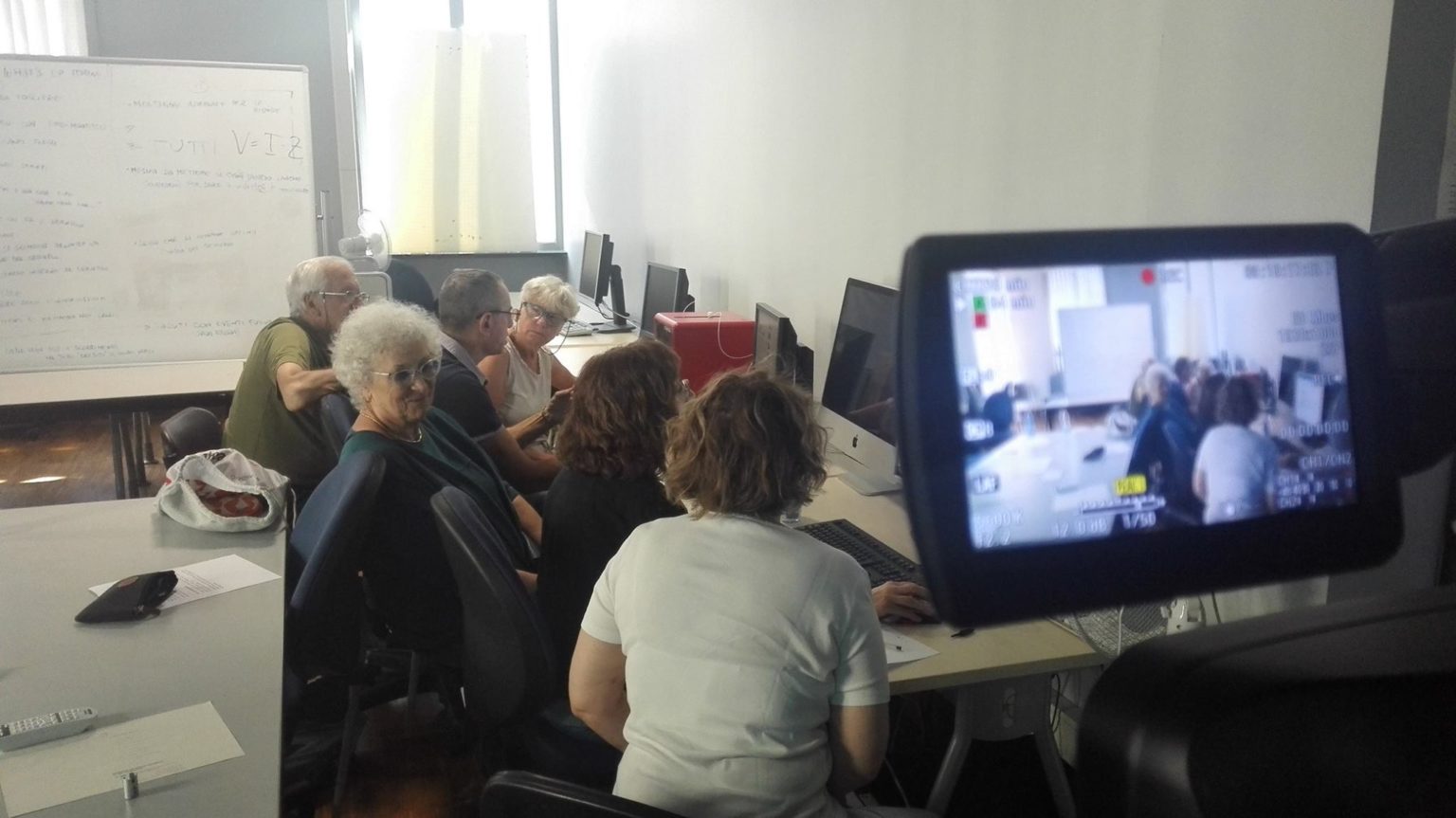 Aphasia causes several different problems in the linguistic area including the impairment of several comprehension and communicative skills and abilities; it is often the result of brain damages (predominantly caused by strokes, some forms of ischemia, and in some cases even by tumors). Generally, the aphasic patient loses part of his/her communication skills, such as the ability to pronounce words and phrases, and, in the most serious cases, the almost total loss of communication and comprehension abilities.

Since 2015, the interdepartmental research center Cinedumedia (University of Turin) with the contribution of the Carlo Molo Onlus Foundation has started an experimental research project about multimedia languages and aphasic people. The aim of the project is to investigate if and how it is possible to make an audiovisual product (such as a TV series or movie) more accessible to patients affected by aphasia. Nevertheless, the patients’ need to use audiovisual language as a tangent skill, i.e. to support and enhance oral communication, emerged. Thus, the project evolved and has become a real laboratory of audiovisual pragmatics in which patients can ‘speak through images and movies’. The aim is to sustain a Life-Long Learning process and mutual support between people affected by the same health condition; in fact, videos are designed and created by aphasic persons for other aphasic persons.

The production usually starts from the observation and analysis of the experimental group’s TV viewing habits. In this way, on the one hand, patients are invited to think about what they watch daily and to consider the weight of linguistic, paralinguistic, and visual codes to the reception of messages. On the other hand, they have to recreate them through their original productions. These activities also, represent an indirect and unconscious way to maintain the patients’ cognitive and linguistic residual potential. Patients are invited to work on the ideation and the writing of the scripts, the shooting, the video’s post-production; in addition to being protagonists in front of cameras. Each production is accompanied by a series of video-clips (also developed by the patients) in which the aphasic persons introduce and summarize the various parts of the proposed content, accompanying it with some cognitive enhancement keywords.

After the first two years of theoretical and experimental activities, the aphasic group developed two products. The first one,  La nostra Torino (2018), is a documentary-guide of the city of Turin. In this video, patients talk about buildings, squares, monuments and several legends about the city, ensuring a better cognitive accessibility and comprehension to other aphasic persons. In 2020, the experimental group participated in a talk show project dedicated to Circular Economy. This second production, has been currently finalized and soon will be available on the Foundation’s media platforms. This production has represented an important challenge for patients: they had to face the typical TV format based on speaking, which is the communicative technology that, paradoxically, is more impacted by aphasia. As in the previous case, this experimentation started from the patients’ spectatorial habits and from an analysis of the modality in which this kind of program can activate an identification process in its viewers. The aim was to replicate these mechanisms in their production. In this video, also paralinguistic and gestural codes have been important in the communication process by aphasic persons, to manage the show and try to maintain the rhythm of the talk, according to the usual TV dynamics.

Currently, the research staff, coordinated by the writer, is starting a new activity based on the use of video-conference channels (such as Zoom and Webex) therefore shifting the attention from traditional television to the instant distance communication platforms that even people suffering from aphasia can use as a vehicle for their emotions and words.

Lorenzo Denicolai, PhD, is research-fellow and professor of Media Anthropology at the University of Turin. His research interests concern audiovisual media, the man-technology relationship, and robotics. He coordinates a research project on audiovisual communication with aphasic people. He is the author of numerous academic papers and two monographs: Scritture mediali. Riflessioni, rappresentazioni ed esperienze mediaeducative (Mimesis, 2017, with Alberto Parola) and Mediantropi. Introduzione alla quotidianità dell’uomo tecnologico(FrancoAngeli, 2018). For contact information visit the University of Turin faculty page.