ECOLOGIC TRANSITION AND SOCIAL INCLUSION TOWARDS A NEW ECONOMIC PARADIGM

ECOLOGIC TRANSITION AND SOCIAL INCLUSION TOWARDS A NEW ECONOMIC PARADIGM 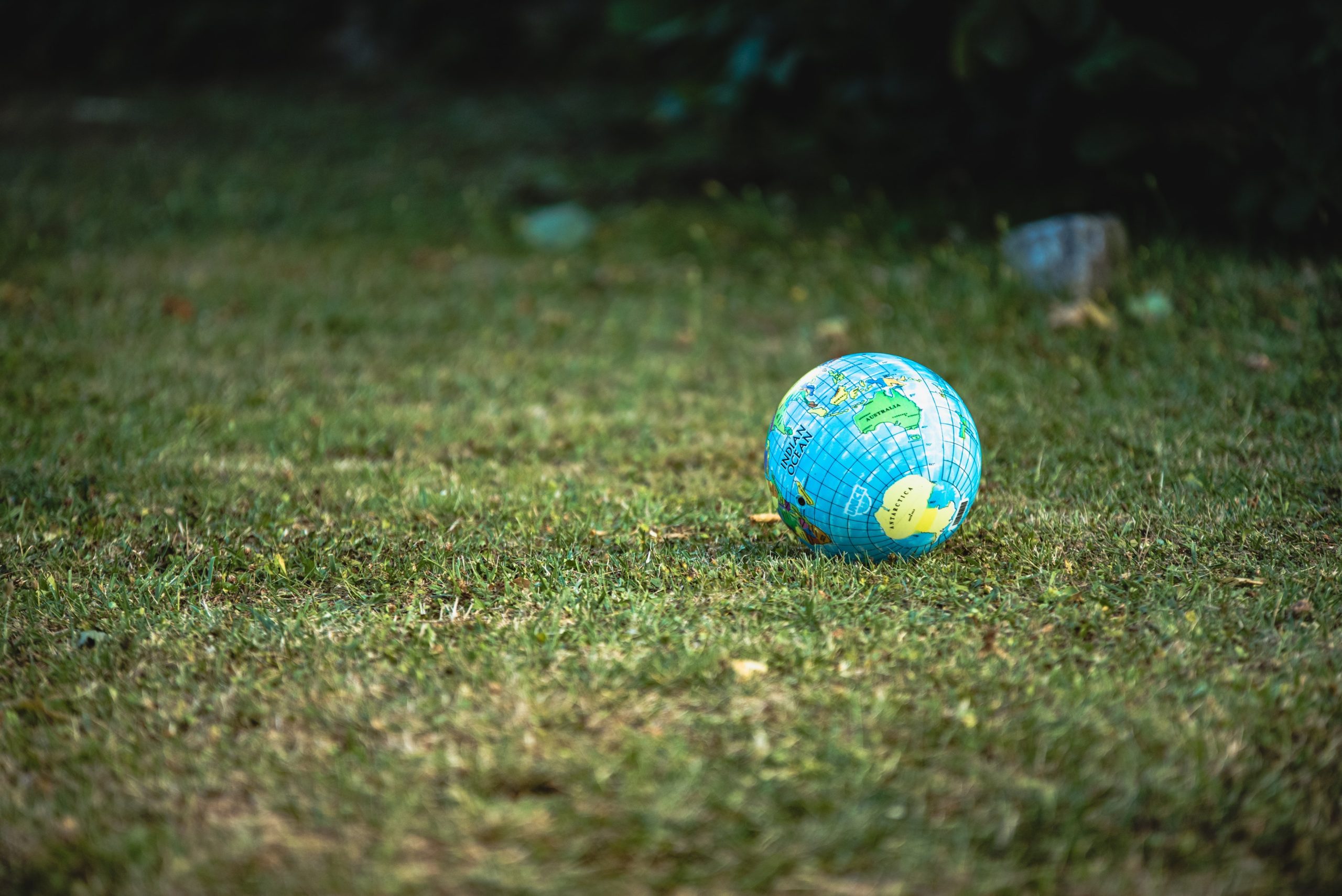 The following article is a transcription of Jeffrey Sachs’ speech on Sustainable Development held on November 21st. The American economist and scholar was invited to Milan to give a lecture on the occasion of the centenary of the Università Cattolica del Sacro Cuore about ecologic transition and social inclusion towards a new economic paradigm.

Professor Sachs’ speech shed light on the dynamics which regulate today’s economic society, to highlight the deep reasons which led to this situation and the overriding need of a radical change.

This change does not solely involve the economy itself, but also the way we conceptualize economic life. To understand the world we live in, we need to take a step back.

About a century ago economic ideas were disastrously wrong: this was a consequence of the social and political situation of that time.

Until the last century the world was based on the assumption that life was a struggle that only few people could win: it was the law of the strongest. In this sense Colonialism and Imperialism laid the foundation of this situation.

Nowadays we don’t experience the cruelty of the past, but we still live in a society based on economic theories and ideas which are very close to it. We need to keep in mind that those ideas shaped our lives and shaped the economy of today. This cruelty is also having consequences on the environment.

Today’s population is four times bigger than last century and there is vastly more average economic activity per person and so we are heavily weighing on the planet. We are also a lot richer than we were a hundred years ago, but our lives are still not better: for instance the Food and Agriculture Organization stated that about three billion people on the planet can’t afford a healthy diet and these news are not even considered. Our society doesn’t care about this data. It doesn’t matter if billions of children can’t afford food or education.

Today’s world is definitely richer than a hundred years ago, however human needs are not a priority: We need a new economic paradigm.

Pope Francis, in his two encyclicals “Laudato Sii” e “Fratelli Tutti”, made the point about these socio political problems, trying to raise humanity’s awareness about being more solidal and hoping for a new economy, the economy of Saint Francis, an economy which has to start from the youngsters: they have to rethink economics. The embracing concept of this rethinking is Sustainable Development.

The phrase was brought into policy in 1987 by the Norwegian prime minister Gro Harlem Brundtland when she chaired a commision in advance of the 1992 Rio Earth Summit.

The idea stated by Bruntland’s commission was that the weight of human activity on the planet was so great that we were endangering future generations. Sustainable Development was stated as an intergenerational ethic in order to save the planet. It was the basis for the diplomatic agreements that were reached at the Rio Earth Summit on three major treaties: on climate change (UNFCCC), on the convention on Biological Diversity and on the UN convention to combat desertification. For a moment it seemed that we had a new paradigm, the Agenda 21 (as it would be the paradigm of the 21st century). But 29 years later we have not changed course and not one of those three treaties have been properly implemented.

The economic paradigm remains the same.

In addition to the environmental destruction, today our societies have become grotesquely unequal and especially the United States during the last 40 years.

We now have three thousand people in the world, the billionaires, who have amongst themselves 15 trillions dollars of wealth. With 750 billion dollars we could end all poverty on the planet, ensure that every child is in school, guarantee access to healthcare to every single person on the planet, ensure healthful food, access to safe water and sanitation, access to digital services and access to renewable energy.

Sustainable Development, as we use the term today in the global diplomatic context, means a world where prosperity is shared, where there exists a social justice for everyone and where no one is left behind. It means a world where an environmental sustainability is respected, which in practical terms now means decarbonizing our energy systems, ending deforestation, reforesting and regenerating degraded lands; protecting biodiversity and scarce fresh water resources and living with nature so that we’re not subjected to emerging diseases at an accelerating rate as we have suffered throughout this 21st century and as we face today with Covid-19 related to an accelerating pace of zoonotic disease.

The economy of Saint Francis, the sustainable economy is the model to pursue in this 21st century. This economics should be based on goals: well-being, social justice, environmental sustainability and peaceful collaboration on the planet. In this sense technologies would be central because of their capacity of accelerating these processes at minimum costs.

The economic ideas and the politics we have, lead so relentlessly to destructive behaviour. They took us away from the kind of ethical reasoning that we need.

In order to better explain this argument, we can start from the thought of Aristotle expressed in the Politics. He gave us a first modern sense about what economy is, so nowadays we can recognize the economy and the political challenges he talked about.

Aristotle thought that economy and politics should be oriented towards the good: the idea of a political community, of a civic life was called, by the ancient Greek, “Eudaimonia”.

Another body of thought about economic life are the scriptures. The fundamental complementarity of the scriptures are the notions of equality and dignity.

From the Hebrew Bible to the Christian Gospels the assumption was that there is a responsibility towards the poor.

If we put these two together (the notion of a political society for well-being and attention to the needs of the poor) we have the makings of Sustainable Development.

We lost this train of thought mainly in the change in the world that came in two periods: after the discovery of the new world and the quest for conquest, the doctrines of discovery.

Thanks to these episodes, the economic ethic became an ethic based on accumulation. We can find this thought in the British philosophers such as Bacon, Hobbes and many other empiricists.

Locke stated that to accumulate is a natural right: since we own our own labor we own the fruits of our labor. He was also in favor of private property and the exploitation of lands, ignoring the protection of the poor.

This new way of thinking had two more stages. One was the unexpected providential power of the market society as it was told by Adam Smith. He wrote an important book about nations’ wealth, stating (in a very religious perspective) that the market system is positive, providential and also natural.

Another change of economic thought appears in 1859 with one of the most central moments of intellectual thought in the history of humanity: Darwin’s “Origin of the Species”.

The consequences of Darwin’s intuition about evolution soon became devastating: The powerful used Darwin’s theories to justify their domain. They considered it, not only right in Locke’s sense, not only providentially right in Smith’s sense, but actually as a necessity for survival itself. Darwin unleashed Social Darwinism which ended up with racialist, eugenetics and nazi doctrines.

By the time we reached the 20th century, Britain was the dominant empire of the world and British Empiricism was the dominant philosophical idea. They thought that the idea of private property should guide economic life.

That is the only way that we are going to be able to bring about the changes we need in order to redirect the use of resources on the planet. We need to regenerate an economic ethic based on common good, on social justice and the respect for equality of human beings.

Today western governments are not able to reach this aim. We need a philosophical revolution. This revolution can be made starting from ethical thinking such as the Economy of Saint Francis

We need emerging countries to rediscover their traditions, the ideals of “good” and “right”.

We can take great hope in one remarkable document of our time: The Universal Declaration of Human Rights. This because after one of the darkest period of humanity as the two World Wars, after all those tradies, the governments of the new United Nations succeeded in putting together a document of a common humanity, a universal document whose first article starts with the notion that all people are born free and in dignity, therefore they have rights; not only civil or political, but also economic rights: to decent lives, to education, to healthcare.

When we study the process of the Universal Declaration we can see that it actually was the fruits of many cultures and ways of thinking. This must be the starting point for a new ethic and we need to update and complete it.

Transcription of the lecture by Sebastiano Raffaelli, student of the Media Education Master at Università Cattolica del Sacro Cuore. He graduated in Educational Sciences at Università degli Studi di Verona and his research interests four on Artificial Intelligence for educational purposes. He is currently carrying out an internship at CREMIT.

Jeffrey Sachs, is an American economist, academic, public policy analyst and former director of The Earth Institute at Columbia University. He is also President of the UN Sustainable Development Solution Networks and Director of the Center for Sustainable Development at Columbia University, a research unit whose mission is to apply social sciences approaches to international development problems.