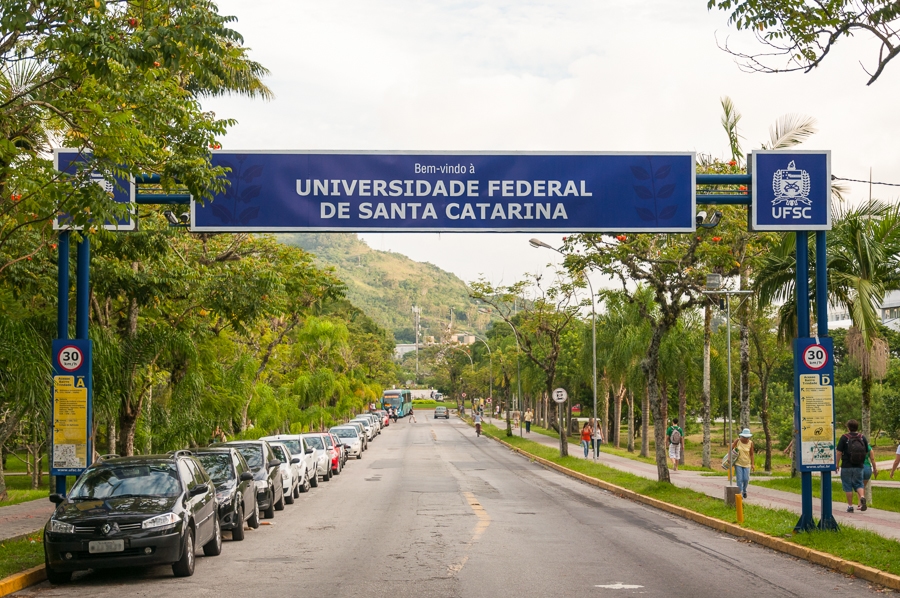 The Interview was conducted by Matteo Mancini in Florianopolis.

What is your role and what do you do?

Good morning, my name is Monica Fantin and I am a Professor at the Federal University of Santa Caterina in Brazil.

Mainly, I am involved with the coordination of  the centre for Education Sciences, and with the management of Master and doctoral courses for students. I work with research groups on issues such as childhood, communication, art and culture, in particular trying to study the relationship between childhood and new technologies. In parallel with teaching and conducting research, part of my work is dedicated to developing training programs for teachers, not only for specific courses in pedagogy, but also open to the general public, both at municipal and state level.

What types of projects are active and what research has been carried out so far?

We have a number of active projects called “umbrella projects”, as they cover a variety of areas of intervention, through which we had the possibility of working with new teaching methods[1]. Herein, we discussed different modes of learning ranging from formal to informal in an inclusive perspective, rooted in the methodology proposed by Professor Pier Cesare Rivoltella in relation to learning episodes[2]. We focused on the field of training in general, paying particular attention to issues such as the critical-conscious use of new digital media. Thanks to these projects, people have begun to broaden their vision through a new concept related to learning spaces that educate, observing the great potential of learning in interaction with other knowledge positively contaminated by a different culture.

Our training projects interact with the territory through the involvement of young people, families and professors always trying to keep into account the differences in the economic and social conditions of the people and contexts where we work. We try to focus on topics of discussion that relate to the relationships that people live daily within their communities.

During the realization of these projects, we have collaborated with the game museum and with research conducted by Telma Piacentini. We strived to be attentive to the traditions of the indigenous children in the attempt to avoid losing the point of view and cultural perspectives that belong to our history. In so doing, we aimed at building knowledge of what Bonaventura De Sousa Santos calls southern epistemology[3]. We also tried to include different gazes, from different places,

rediscovering concepts and experiences not only in the Brazilian indigenous culture, but also in other ethnic groups.

How important is “networking” between people and “building bridges” to expand the reach and value of your projects?

It is very important, both in regard to the production of knowledge with other professors and researchers in the academic field, as well as with public schools’ teachers with whom many collaborations have been activated. Therefore, we have a been fostering this network among professors from various fields who work on shared interests, in addition to the partnerships developed over time with cultural associations, NGOs and private juridical persons.

A telling example is our collaboration with the active projects of the Father Groh Institute; I have already done research in the city’s schools in the suburbs where Father Vilson’s network is more active. When people experience this space of dialogue and gain the motivation to continue on this path, they try automatically to consolidate these exchanges. In order to think about other educational processes inside or outside the university, it becomes essential to create a space to meet and activate a dialogue. These encounters must always occur in relation to other experiences, trying to be curious not only to participate, but also to think about, build and give visibility to the good practices that everyone knows, but that sometimes remain confined to individual experiences. There is, therefore, a need for experiences to be shared and known. Thus, at this moment the aim of the research is to give visibility to these individual experiences through the development of networks and bridges.

How necessary is MediaEducation nowadays both inside and outside the school?

I would say essential. We have been working a long time within the MediaEducation framework, accepting its formative value of criticism and code recognition, and its capacity of conscious production. The research wished to focus on how media can give support in communicating and sharing knowledge in a responsible, critical and creative way. We have often encountered difficulties between pupils and professors, in particular the latter who could not use new technologies and did not wish to learn about them.

Great work has been done to raise awareness on the use of media, entering school in everyday life dynamics and remaining aware of their undisputed educational value in contemporary knowledge processes. In recent years, here in Brazil, from 2013 onwards media have become massively present on the territory[4], not only among large but also through the widespread distribution of “apps” that allow different types of interaction. In these interactions, fake news stories were spread compromising and obscuring many good practices stemming from educational achievements accomplished in past decades.

Today the professors complain saying “We have always taught to use media in a critical way, and now they use them to sue us!” All conservative movements have implicitly forbidden children to film and denounce all political or ideological discourses that do not conform to current political thought. Precisely for this reason, there is a need for an emancipatory use of media, which can give ordinary people the proper tools and knowledge to utilize them. Now, for fear the majority of schools prohibit mobile phones in the classrooms, but outside the didactic context the children keep using them without the appropriate tools to identify a news, its source and its characteristics; they share it with the whole world without really knowing what they are sharing.

The same is true for children who surf the internet unaware of the risks, therefore their use becomes increasingly precocious and anticipated, with great risks if not supervised by a strong educational mediation from their families.

People rightly wonder how parents can mediate if they can’t do it themselves in a critical and conscious way. I see this as a paradox, on the one hand, the great and easy diffusion, on the other the strong and complex understanding of its use. It is therefore not a question of censoring or prohibiting, but rather of thinking and reflecting in relation to its use, access and social inequalities that are created by the increasing digital divide. Brazil is experiencing a very large digital exclusion in as much as a large slice of the Brazilian population has no access to technology and is excluded[5]from its use.

The challenge, therefore, lies both in public access, as well as its use in an inclusive, emancipatory and active citizenship perspective

Monica Fantin is of Media Education and coordinator of the Center for Education Science at the Universidade Federal de Santa Catarina – UFSC (Federal University of Santa Catarina). She started her collaboration with CREMIT during her Ph.D. research at the Università Cattolica of Milano. Since then, she continued her collaboration with CREMIT through the translations of articles and books from Italian to Portuguese, and through the participation in research projects and conferences.

Matteo Mancini is a professional educator at the cooperative “Caracol”. He is currently a Master student in Media Education at the Università Cattolica of Milano.