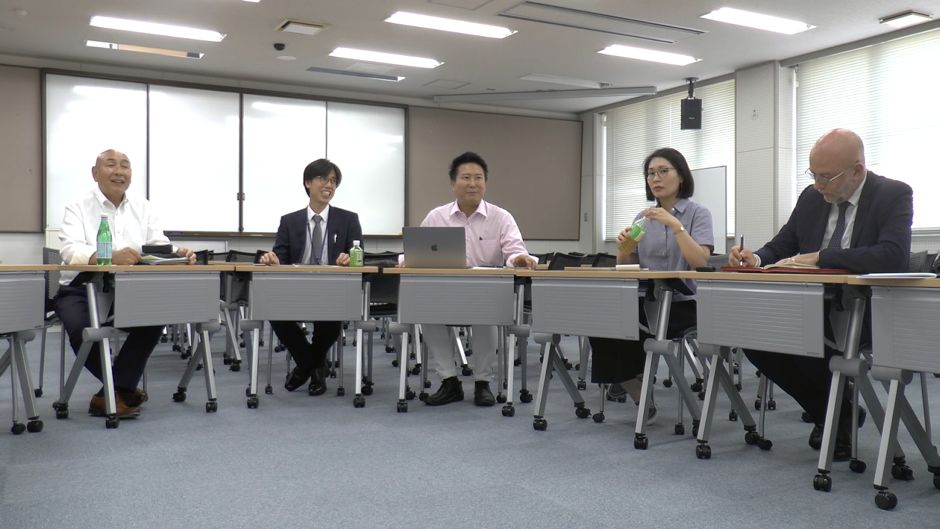 From May 20th to May 30th, 2019 Cremit traveled to Japan on a didactic and cultural visit to consolidate the collaboration between Università Cattolica (UC) and Kobe Shinwa Women’s University (KSWU). The objective of the group of primary education Italian students led by Professor Pier Cesare Rivoltella, the scientific director of Cremit, was to  lay foundations to develop joint scientific researches in the field of Media Education.

Excellence and internationality, in fact, have been the main features of Cremit since its foundation: we carry out research and training activities as a main frame for scientific integration (theoretical and applied) of media and technology in education. At the research meeting in Kobe participated professor Yamamoto, previous rector of KSWU and now music professor, with other professors of KSWU and professor Rivoltella with other university training tutors of UC; the meeting was conducted both in English and with the help of Wakako Hirabuki, a Japanese interpreter.

You can find a video with the highlights of the meeting at this link (Youtube Cremit1) from Youtube and read the excerpts of the presentations.
Professor Nakaue, Didactic of technologies at KSWU

Recently the national guidelines for primary schools have been amended in order to introduce technology and programming as mandatory classes in schools’ schedules by 2019/2020. The innovation that Japan’s Minister of Education introduced in school programs in regard to technology, focuses less on coding or computation and more on cross-curricula digital activities to enhance children’s creativity.

Japanese don’t have specific subjects for computing or media literacy, but they learn and teach, for example, how a newspaper is composed and also how to describe a picture. Moreover, Japan upgrades the schools’ programs every 10 years and the new decade will start next year (2020). The new program will probably focus on three academic issues: problem-solving, language proficiency and on the development of skills to gather, process, , use and present information. Elementary schools and middle schools will be required to teach and nurture these skills in all of their courses introducing the use of digital technologies during classwork.

As Professor Rivoltella said, the value of this cooperation is the chance to work in a comparative way on different issues in regard to digital behaviour:

We could try to stress in both of our countries and imagine to produce comparative results and organize a seminar on this subject every two years. Nowadays Media Education research requires international cooperation, publishing articles and books.

Japan is one of the few developed nations that is still backward in introducing technology: in public schools only one out of six children has access to the Internet . There is a gap between those who have and use technology and those who do not. The lesson style in Japan is very different than in Italy: students do the same things together, 40 students with only one teacher. Also in higher education Japanese are trying to improve the system so that children can learn individually as well as critically.

However, in Japanese families more or less all parents have a smartphone and use both Internet and social media. There is also a big gap between public and private schools: the latter have many computers for children and are trained in Media Education, whereas in public school they have a much more rigid program and don’t have any extra budget for technology. Some schools even forbid smartphone use in class. In higher education there is a course of computer science ethic held by the Police whose attitude is hyper protective and regressive concerning new media use.

At Kobe Shinwa Women’s University during Japanese language hour what they try to develop is logical mind and emotional literacy, thus during Media Education courses at Università Cattolica students focus their learning on awareness (think critically about the information found online and achieve a deep comprehension of texts) and sense of responsibility concerning the media (media ethics and authorship), so it could be easy to envision the development of a similar laboratory in both universities with the following the same pedagogical intent.

Depending on the availability of Japanese students and their families to give consent to inquire about their personal lives, we could arrange to administer one of questionnaires on to Japanese families (Global Supporting a media diet: a study) media consumption which was validated in Italy yet, in order to make a comparison.

This scientific meeting aimed at understanding the importance of Media Education targeted interventions and finding possible common research avenues to make Media Education not only a university subject but a common project for Education in both countries.

Iole Galbusera graduated with honors from a three-year BA in Media Languages ​​in 2012 and earned a Master in Business Communication, Media and Complex Organizations in 2014. She “The Socio-technical Framework in schools. The relationship between technology and its uses in Samsung’s “Smart Future” project”. Furthermore, she participated in the Giffoni Film Festival Masterclass and in the Master in Social Media and Digital Marketing.
She has been working with CREMIT in Media Education and Education Technology since December 2014. Specifically, she has been focusing on “General Education and History of Physical Education”. From december 2017 to June 2018 she has become responsible the communication strategies for the Center and now she is still on the Cremit editorial staff.