“She changes everything she touches”: COVID-19 pandemic at the Goddess Temple in Madrid

Home » Global CREMIT » “She changes everything she touches”: COVID-19 pandemic at the Goddess Temple in Madrid

“She changes everything she touches”: COVID-19 pandemic at the Goddess Temple in Madrid 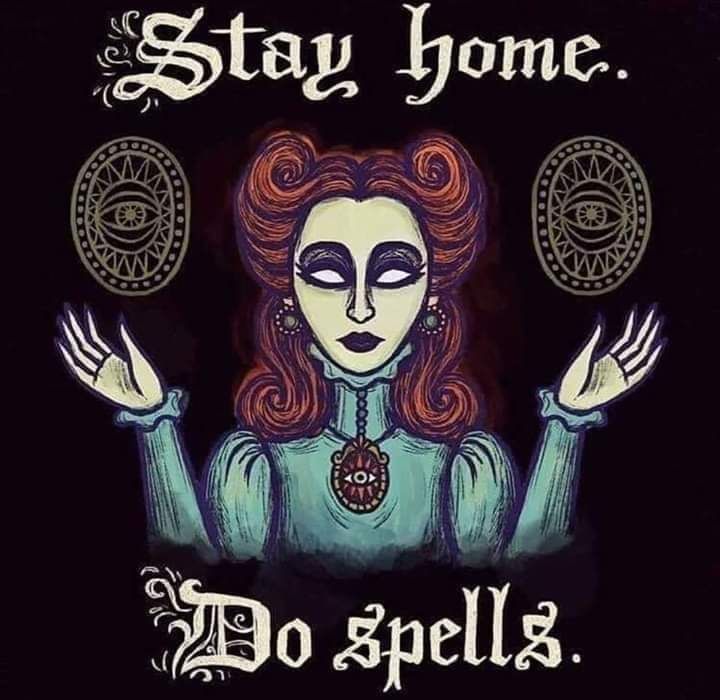 To the beloved memory of Jana de Madrid.

What to do when everything but time stops? That is what the people from El Templo de la Diosa en Madrid (‘The Goddess Temple in Madrid’) were asking themselves after the declaration of the Spanish COVID-19 curfew last year. The spring equinox was just around the corner, and they had to find a way to celebrate Ostara during lockdown. In a short time, this temple showed a great capacity to adapt to a global -and therefore homogenizer- phenomenon without renouncing to its own unique idiosyncrasy.

Self-defined as a “physical space dedicated to the feminine and training temple of priestess and priests of the Goddess” (Templo de la Diosa en Madrid n.d.), this site of worship host one of the main Spanish representations of ‘Goddess spirituality’ -a contemporary pagan denomination “that venerates the feminine divine as a step in achieving gender equality for women” (Magliocco 2014). Founded by Jana de Madrid, the Temple is dedicated to ‘Iberia’s tradition’: an adaptation to the context of the Iberian Peninsula of the teachings of Kathy Jones’ Glastonbury Goddess Temple (2019).

Concerning the Spring equinox, its ceremonial team -with the special dedication of their community manager, Iriome- decided to record a simple ritual and upload it to Youtube the very same 21st of March, under the premise that it could be celebrated at home. Due to the following extensions of the lockdown and the warm reception of that ceremony, in the following months they started to perform most of their (public) rituals live through the platform Zoom.

As we could see, El Templo de la Diosa en Madrid experimented an early process of ‘ritual digitalization’, thanks to its greater presence in and use of social networks prior to the curfew. Precisely, the use of new technologies offered them the opportunity to experiment with transmedia narratives by creating content on multiple platforms (Facebook, Instagram, Youtube, Zoom), available in several languages and accessible from anywhere in the world. These changes in the dynamics of their celebrations resulted in a ‘domestication of the sacred’. Their participants could no longer gather in the Temple, but by having to perform the rituals at home, they became more involved -i.e.: preparation for the celebrations – and consequently tended to feel more a part of them.

Likewise, the joint work with other fellow temples -such as with the Rome-based Tempio della Grande Dea (‘The Temple of the Great Goddess’) (2020)- and practitioners from outside Madrid, solidified the idea of the ‘spirituality/movement of the Goddess’ as a ‘universal’ community. In fact, these ‘transnational’ gatherings, set in motion and/or deepened old and new exercises of ‘sacred creativity’ (Palmisano & Pannofino 2017) -such as processes of syncretism between the different deities of the ‘Iberia Tradition’ and the ‘Aphrodite Tradition’ of the Italian temple. Furthermore, the different festivities of the ‘Wheel of the Year’ -the name given to the ritual calendar common to many contemporary pagan denominations- took on a new meaning in a world with time standing still and public spaces turned into ‘non-places’ (Augé 1992).

While not idealizing the pandemic, the people of the Temple of the Goddess understood the situation caused by the pandemic as an opportunity to strengthen their ‘commitment/connection to the Goddess’ by getting to know her “dark face” and emphasizing the role of these gatherings as places of mutual support. Unfortunately, that aspect of the Goddess became even more apparent when its founder, Jana, passed away unexpectedly. Once again, the resilience and creativity of this community became more evident. With the new Temple’s headquarters recently opened, they decided to pay a physical tribute to her -following the corresponding sanitary measures- while, at the same time online, fellow temples in the United Kingdom and Portugal held farewell ceremonies in her honour. Jana was gone, but her spirit was still present, surfing on the net.

Alex García Jouve is research-fellow at University Institute of Science of Religion (Complutense University of Madrid, Spain). Their PhD Research focuses on the intersections between religion, gender, and sexuality, doing fieldwork in women-centered spiritualities in the Spanish context since 2019. They teach the courses related to ‘Anthropology of Religion’, ‘Anthropology of Gender’ and ‘Anthropology of the Body and Emotions’ as an assistant lecturer in Social and Cultural Anthropology Bachelor’s Degree. They are a member of the aforesaid University Institute of Science of Religion’s Council and of the research group GINADYC – Antropología, Diversidad y Convivencia. Contact: alejag17@ucm.es