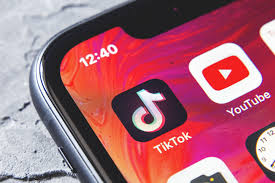 Through this brief article, we wish to present some preliminary considerations on contemporary forms of communication among Millennials and Generation Z in Italy. More specifically we will discuss two popular social networks that focus on video making and sharing: YouTube and TikTok. The topic of this article was presented at the conference “Lingue e Llguaggi del   in Italia (Cinema, Televisione, Web)” held at the University of Bergen (21-13 August, 2019) and is part of a larger project that focuses on the use of audiovisual productions in media education environments.

Since 2005, Youtube’s claim has been ‘Broadcast Yourself’ which represents the main purpose of the platform. Nonetheless, today Youtube is more: according to Omnicore Agency, Millenials prefer YouTube two to one over traditional television and 37% of the 18-34 y.o. users are binge-watching and more than half of all views are from mobile phones. YouTube (YT) is the second most visited site after Google. Today YT has also become a search engine.

Nowadays, Youtubers (YTrs) are protagonists of YT’s environment. The rising phenomenon concerns a varied audience, but it seems to have a considerable hold especially on Millennials; at the same time, the production is the explication of the claim ‘Broadcast Yourself’, that gains a particular meaning, because the YTr stages himself/ herself showing personal experiences, tastes, and way of appearing; he/she often creates a serial audio-visual production that is organized by theme and typology.

Our research aims to analyze the YTrs and Musers’/TikTokers typologies of productions and how these videos could be enjoyed by the Millennials’ audience. We started to analyze some of the most influential YTrs’ products (above all in the Italian context) and we focused on several cases: particularly, we considered “MecontroTe” (4,1 mln of followers); “Favij” (5,4 mln); “St3pny” (3,9 mln); “The Show” (2,8 mln); “Youtubo anche io” (270,000).

We will highlight some structural, linguistic and narrative elements that could be and recognizable: in some cases, aspects belonging to TV formats are present, such as shooting modes, idiomatic expressions or explicit references to a program. Besides, we think it is possible to hypothesize that YTrs can also become a sort of identity model for Millennials audiences.

Thus, we want to summarize our brief analysis through three keywords:

LANGUAGE: Each YTr ideates and develops a specific language for characterizing his/her own performances. Transmedia on experiences (from cinema to TV) appear in many of YTrs’ productions, as well as elements belonging to an internal or external that makes each channel easily recognizable and familiar, through morphological elements of various nature (acronym, graphic elements, music…). Each also seems to be characterized by an internal linguistic . For example, the duo “MecontroTe” always begins with their presentation and with a reference to the previous episode. The same duo has a sort of slogan that starts the episode (“ ni ni ni ni”). The audiovisual language revolves around stylistic choices typical of the world of media, broadcast and/or mobile. Among the main lines, it is possible to highlight the long-take shooting (for example in “Youtubo anche io”), the editing of scenes shot with a fixed camera (almost all YTrs), the handheld machine, often exasperated (MecontroTe).

SERIALITY AND CHALLENGES: Each YTr develops several serialities that characterize his/her channel. Many videos are about video games (YTrs are also called ‘gamers’): these products are a mix between tutorials and experiential videos in which the tells his/her playful performance. Challenges are one of the connecting points with the Tik Tok experience. Challenges are theoretically replicable by anyone and are the means through which the asks his/her followers for “likes” and appreciation as an incentive to produce more videos. Many of these are re-proposals of television productions re-read and remediated through the web. “St3pny”, for example, has developed a long episodicity called “St3pnyVSFood”, resuming the show ManVSFood. The Show’s products, also in a social way, are based on previous candid camera formats. Many YTrs productions are dedicated to make-up and clothing are instead structured as tutorials.

COMMUNITY: Each YTr builds and represents a community of followers who contribute to broadening his visibility. In this way, the creates a network in which users recognize themselves and with which it seems they can build forms of mutual recognition. It is the community of followers who often motivates the production of new videos. YTrs count on the diffusion of their own channel, transforming it into a brand. This can be seen in many transmedia derivations that feed both the narrative and media ecosystem. In this way, a simple prosumer can effectively broaden his/her lines of activities, opening up to other sectors of the media industry and entertainment.

Let us know move to another social network that has invaded the Millennials’ and GenerezionZ’s mobile devices: TikTok.

“YouTube maybe Down, but TikTok is alive, awake and Never Better #StayWoke #YouTubeDown #MakeSocialFunagain” stated the extensive launch campaign of TikTok: the world-leading platform for short videos. It appears that YouTube’s longstanding tagline “broadcast yourself” is slowly being replaced by another motto: TikTok’s “Make every second Count”. The frontiers of videomaking and video sharing are reaching new speeds with this endemic new Social Network: if our attention span was already reduced to 2-3 minutes per clip, now the “seconds that count” are 15 (up to 60 seconds if you connect more than one clip together).

TikTok, or in the original Chinese Douyin meaning vibrating sound, is a video sharing social network created in 2017 from the acquisition by TikTok developers “ByteDance” of the already popular lip-syncing app Musical.ly. This social network, firstly spread among tweens and teens, is now widespread also among millennials and “Generation Z” users: it has been downloaded over 1 billion times (96 million in the US and 2.4 million in Italy) and it is available in 154 countries and 75 languages.

Numerous are the “parental instructions” appearing on the web in support of clueless parents who keep hearing their children raving about this app. Let’s adventure in this world discussing a few of its features through three keywords: PORTABLE, CREATIVE, DECENTRALIZED.

PORTABLE. thing to know about TikTok is that it is a Social Network conceived exclusively for mobile devices. Although you can access the app from laptops to visualize its contents, the actual video production is accessible only from Smartphones (as the vertical framing of the videos clearly suggests). Congruent to the on-life dimension towards which portable devices have steadily been taking us, this app uses Smartphones to shoot, edit and share the musers’ ‘creations’.  The possibility to create the videos exclusively on portable devices changes the production styles and dynamics, but not necessarily the quality of the final product. There is a clear predominance of the performative-choreographic dimension in this app which can be best captured by the mobility of smartphones. The dynamism of the shots is not created by sophisticate techniques, but through body-movements choreographed in relation to the camera. This app brings the performative experience to the forefront where each user can be at the same time the producer and protagonist of the video.

CREATIVE. The videos might be only 15 seconds long, but don’t let this fool you: there is a lot of work and planning involved in the production of these videos. Like Snapchat, TikTok has an array of AR effects that can be used in videos to change eyes or hair color; a World tab that gives you options to modify the environment; special effects specifically designed to be used on cats and dogs; the Beauty button that correct any esthetic imperfection; and a variety of filters, etc. In addition to this variety of editing tools, have at their disposal a playlist of all the most popular songs which is the key feature of TikTok. Picking the right song can be the primary reason for a video to go viral and for the muser to acquire the status of “influencer”. Earning a Crown is, in fact, the sign of achieved fame and consent from the muse community, so much so that you can find all sort of tutorials on how to crack the system to get a crow or websites to buy viewers, followers, and likes. Although the declared mission of this social network is “to capture and present the world creativity, knowledge, and moments that matter in everyday life”, there are clear canons to follow if you aspire to become popular. In building their identities on TikTok, users engage in a balancing act between imitation and differentiation. They ‘imitate’ or follow a canon that they know is popular while at the same time try to be unique and innovative. After viewing enough videos, it becomes clear that there is a tendency to present oneself following specific styles and norms.

DECENTRALIZED. It’s a decentralized network of performers with a distinctive social structure. TikTok is like “a never-ending variety show” and an experience of “pure entertainment” that in some cases may appear as the glorification of nonsense. The entire content of this social network is open to appropriation and the definition of copyright is quite fluid. In fact, this network of performers is designed to facilitate the collaboration between unacquainted users through a variety of interactions. “Duets”, for allow to take videos from other users and engage with them in different ways: they can respond, interact, or record their reactions to them. It’s like continuing the script written by a different author or to have the last word on someone else’s story. All content is up for appropriation as each user can build upon other users’ creations. TikTok users also engage with each other through “challenges” that is they all make videos attempting to do the same thing such as performing the Git up choreography or the foot dance. These are often community-created trends and are easy ways for people to feel like they belong. TikTok videos represent narratives of collective participation where claiming authorship for one’s work is not nearly as important as partaking in the collective experience.

We believe that these preliminary findings raise several questions that interest both media studies scholars, and pedagogy scholars. There are several issues at stake with both social networks: (1) They are both the results of the evolution process that all communication forms are going through, specifically Henry Jenkins definition of “Bedroom Culture”; (2) They constantly cross and confuse the already thin boundaries between virtual and real; (3) They are developing a platform-specific language that is unintelligible for outsiders; (4) They trigger identity dynamics that play on the combination of imitation differentiation strategies, that is they follow successful canons while at the same time they try to convey their own perspectives and personality.

Lorenzo Denicolai, , is research-fellow and professor of Media Anthropology at the University of Turin. His research interests concern audiovisual media, the man-technology relationship, and robotics. He coordinates a research project on audiovisual communication with aphasic people. He is the author of numerous academic papers and two monographs: Scritture . Riflessioni, ed (Mimesis, 2017, with Alberto Parola) and Mediantropi. Introduzione alla quotidianità (FrancoAngeli, 2018). For contact information visit the University of Turin faculty page.

Towards equal opportunities for media literacy in Finland 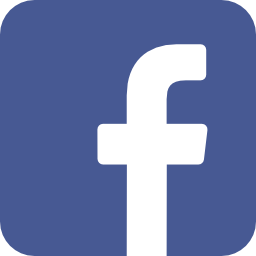 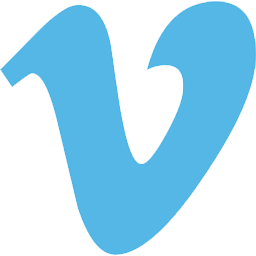 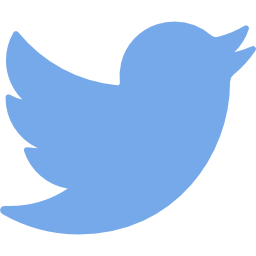 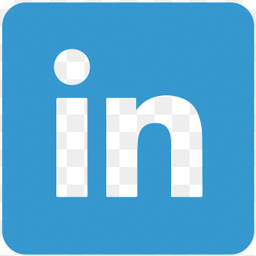 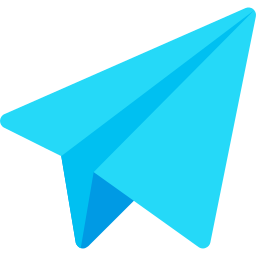