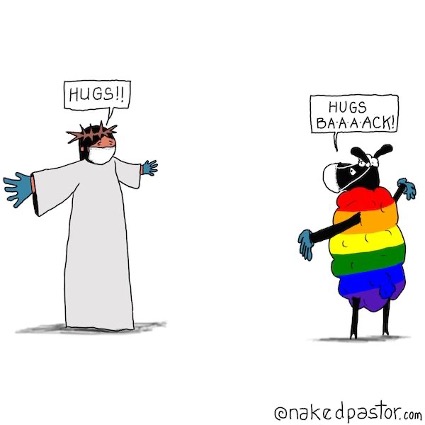 Catholicism has lived for the last decades a profound transformation on how the faithful relate to each other and the sacred. As Hervieu-Leger (2019) points out, the “parish model” is being replaced by an “affinity model” where the clerical establishment has less power to influence an increasingly diverse Catholic identity. In this line of religious openness and democratization, emerging alternative communities oppose certain points of Catholic doctrine, create their own rituals (Durand 2018), and defend unorthodox interpretations of sacred texts (Johnson 2017), while they consider themselves part of the Church understood as a “community of believers”.

This is the case of lesbian, gay, bisexual, and transgender (LGBT) Christian groups (Catholic and non-Catholic) which have been appearing around the world since the 1960s. The existence of these spaces that recognize sexual and gender diversity as a “God’s gift” is strongly related to each country’s LGBT networking range and religious plurality (Gross and Yip 2010). For these reasons, the movement in Spain did not develop until the 1990s, in a context of progressive secularization and advancement of sexual rights movements. This alternative religious universe has no rigid borders and is composed of a diverse set of practices: Eucharists, vigils against LGBTphobia, conferences, retreats, theology workshops, parent groups, spiritual accompaniment services, etc., organized by very different actors.

During the COVID-19 lockdown, conservative sectors of Catholicism performed clandestine masses and supported illegal far-right mobilizations against public health measures. On the contrary and closer to Pope Francis’ respect for scientific authorities (2020), the Spanish LGBT Catholic groups followed the recommendations of social isolation moving all their practices towards the online.  LGBT+H Christians of Madrid (CRISMHOM), the largest group in Spain and mainly composed of Catholics, adapted quickly to the new situation. Through video conferencing software (and their tools for silencing microphones, chatting, and sharing images and songs), the community managed to recreate the ritual atmosphere effectively and live intensely the Holy Week (“a true Lent”, as one member said). For example, the Washing of the Feet is one of those rites that social distancing forced to reformulate and CRISMHOM updated it by offering to the Lord several objects and gestures that had a metaphorical meaning linked to the pandemic, during what was a very emotional ceremony.

CRISMHOM members displayed a strong commitment to keeping the community alive from their homes: some of them participating in the organization of liturgies, others showing Christian and LGBT mises-en-scéne (crosses, bibles, chalices, rainbow flags), and others cooking bread for the Eucharist. The place where they were gathering before COVID-19 was opened regularly for the distribution of food to transgender sex workers in vulnerable situations and channels of funding support were opened for members who were suffering the impact of the crisis.

LGBT Christian spaces are characterized by group support and reflexivity, they are places where everyone is free to expose their personal experience of faith. The coincidence of lockdown and Lent gave rise to many creative analogies that linked the biblical narratives to the present. “Penance”, “Via Crucis”, “desert”, “catacombs”, “passion”, “resurrection”, etc., were very recurring expressions of lived religion in speeches that moved from the rhetoric of crisis to the rhetoric of hope.

The faithful have found in community activities and their Catholic beliefs the sources of resilience in the facing of COVID-19 pandemic, which was resignified as a “chance for faith”, a time to deepen religious identity and to test the strength of convictions. Religious flexibility, democratic organization, and collective promotion of personal faith are factors that help religious communities to overcome social traumas and to adapt to the unexpected changes of contemporary society.

Johnson, E. A. (2017). She who is: The mystery of God in feminist theological discourse. Crossroad Publishing Company.

José Barrera Blanco is research-fellow at the Faculty of Political Science and Sociology of the Complutense University of Madrid, Spain. His PhD research focuses on sexual and religious citizenships, doing fieldwork in LGBT Christian communities and conservative anti-gender movements since 2018. He teaches the subject ‘Ritual and Belief’ as assistant lecturer in the bachelor’s degree in Social and Cultural Anthropology. He is member of the research group GINADYC – Antropología, Diversidad y Convivencia. Contact: josbar01@ucm.es